Google has announced the launch of its employment application, Kormo Jobs in India, which would allow job seekers to find and apply for positions across the country.

With this, India becomes the third country after Bangladesh and Indonesia, where Kormo Jobs has been launched. Initially piloted in Bangladesh in 2018, it was subsequently expanded to Indonesia last year. 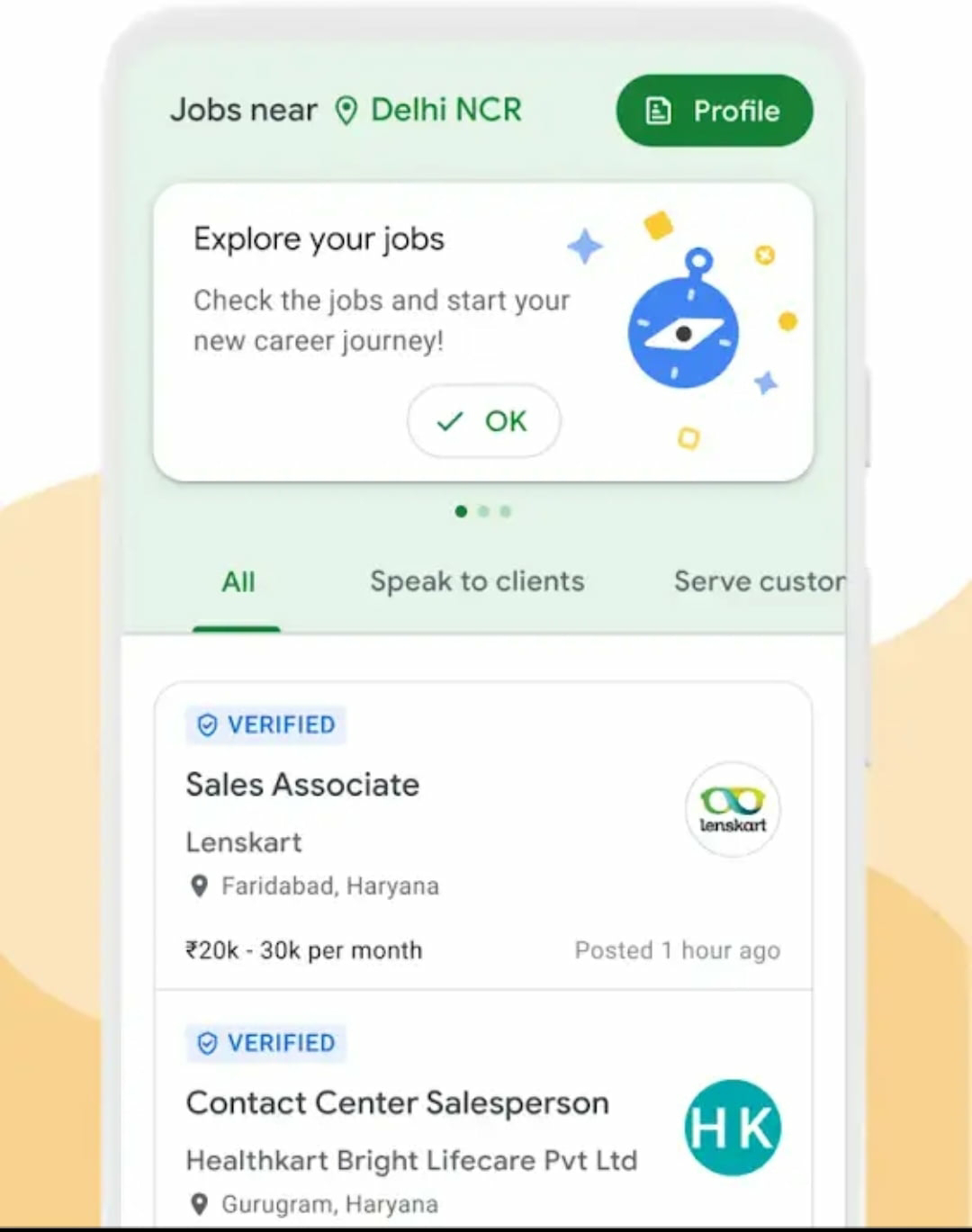 In India, the job search option was available as a feature in Google Pay app under the brand Jobs as Spot. Now, there will be a dedicated app, and the search giant will rebrand the previous feature as Kormo Jobs.

“In the wake of the pandemic, the jobs landscape stands altered, with demand shifting to new services that require different sets of skills and experience,” said Google India in a blog.

Google also mentioned how Zomato and Dunzo have found the job matching algorithm effective and have posted over 2 million verified jobs on the platform. So far, the app has more than 1 million installs on Google Play store.

This is another significant announcement by Google in India in recent times. Recently, the platform had joined hands with the Maharashtra government to provide its digital classroom services and committed to investing $10 billion to accelerate the adoption of digital services by 2027. It infused $5.7 billion in Reliance-owned Jio last month.

It is worth noting that the latest launch comes at a time when the majority of the business and companies impacted in India due to Covid-19 have been resorting to continuous layoffs to conserve capital.

According to the latest data provided by the Centre for Monitoring Indian Economy, 5 million salaried people lost their jobs in India in July, while a total of 18.9 million salaried jobs have been lost since the onset of lockdown in the country.