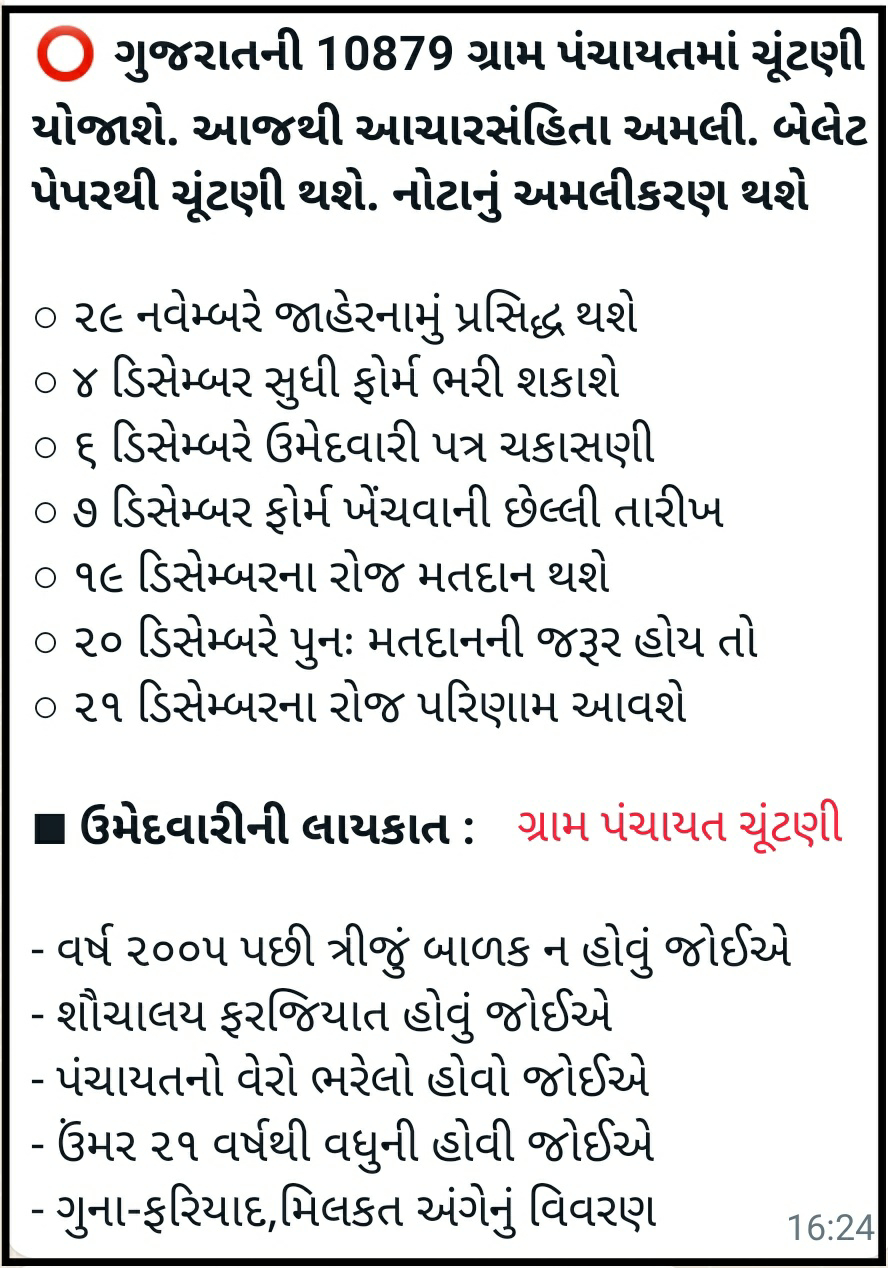 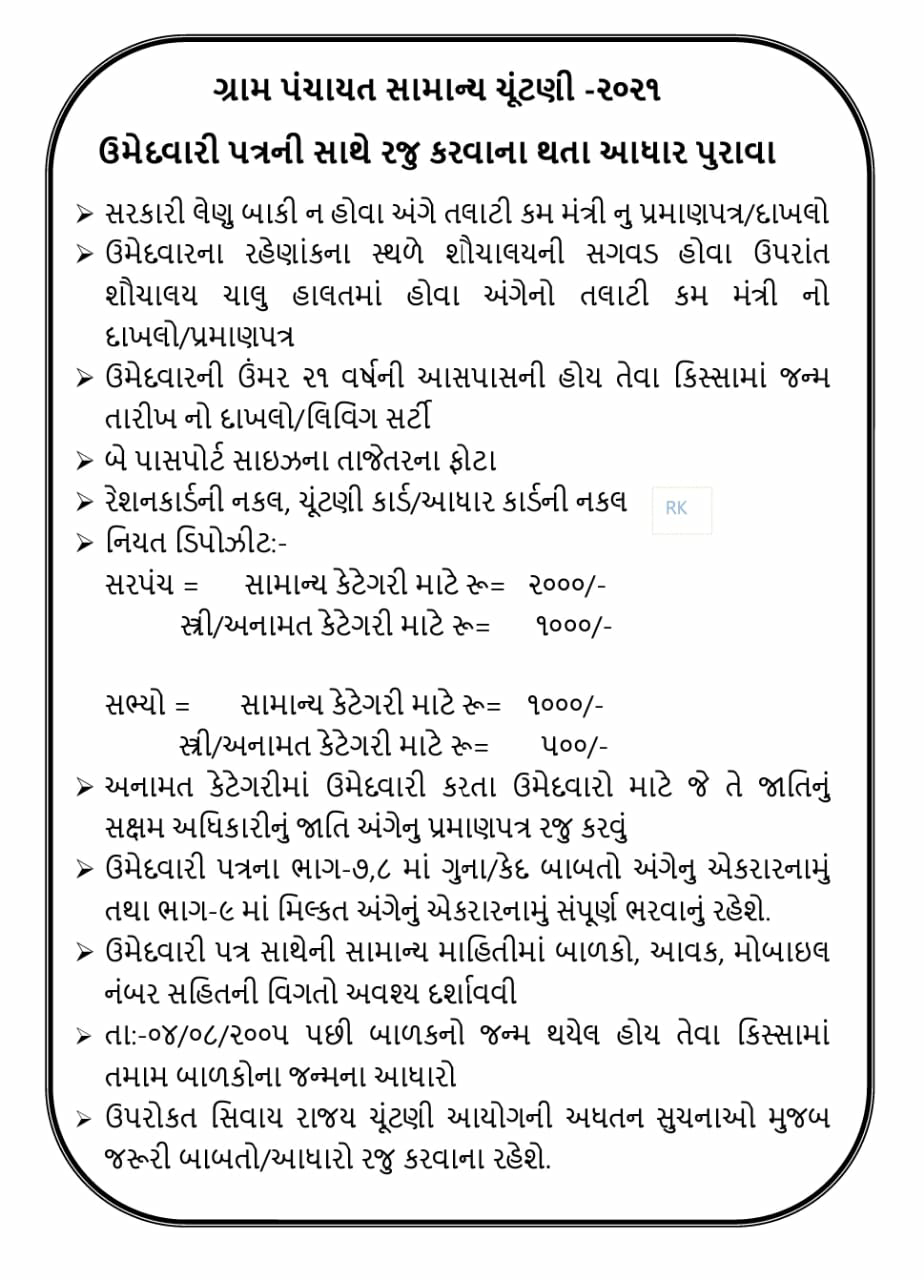 The BJP government and the organization have started preparations for the Gram Panchayat elections, but the Opposition Congress and the Aam Aadmi Party are still stuck in the formation of the organization. The Congress has not yet declared the state president and the Leader of the Opposition in the Legislative Assembly. As a result, the Congress is stuck with the panchayat elections
Important Link
Official Letter Link
Efforts have been initiated to ensure that most of the Gram Panchayats are declared unanimous in the elections of 10,315 Gram Panchayats. 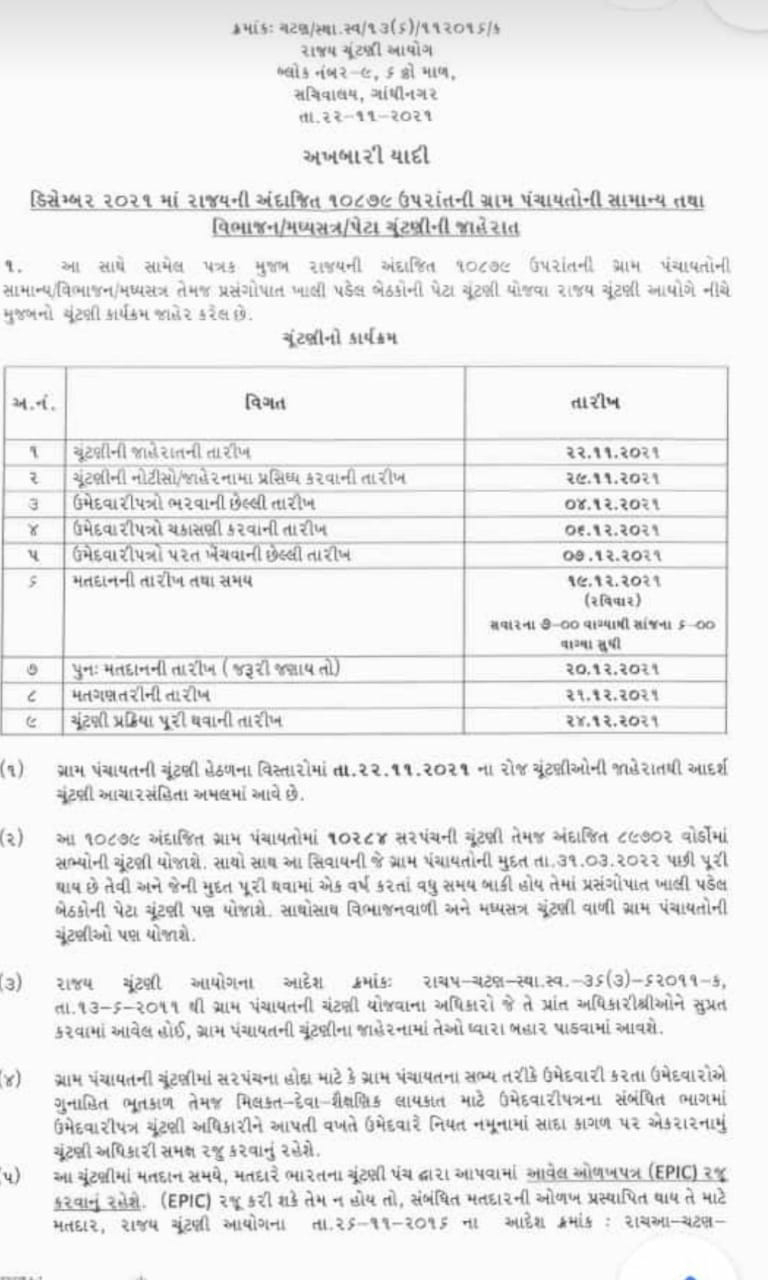