The Board of Control for Cricket in India (BCCI) announced the schedule for the remainder of the VIVO IPL 2021 which will be held in the United Arab Emirates (UAE). A total number of 31 matches will be played in the duration of 27 days.

The 14th season, which was postponed in May this year in the wake of the pandemic, will resume on 19th September in Dubai with a blockbuster clash between Chennai Super Kings and Mumbai Indians. 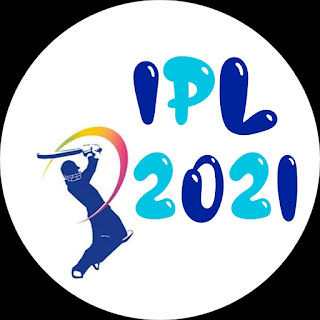 The action will then shift to Abu Dhabi where the Kolkata Knight Riders will square off against Royal Challengers Bangalore. Sharjah will host its first game on 24th September when Royal Challengers Bangalore take on Chennai Super Kings.In all, 13 matches will be held in Dubai, 10 in Sharjah and 8 in Abu Dhabi.
There will be 7 double headers (5 matches already played in India – total of 12 matches) with the first match starting at 3:30PM IST (2:00PM Gulf Standard Time). All evening matches will start at 7:30PM IST (6:00PM Gulf Standard Time).

IPL schedule 2021 Download here
Final game of the league stage will be played between Royal Challengers Bangalore and Delhi Capitals on 8th October.
The 1st Qualifier will be played in Dubai on 10th October. The Eliminator & Qualifier 2 will be played in Sharjah on 11th & 13th October respectively with Dubai hosting the Final of VIVO IPL 2021 on 15th October this year.
The complete fixtures for the remainder of VIVO IPL 2021 can be accessed by clicking HERE
The league came into existence in 2008 with 8 franchises. Since then, IPL has attracted some of the biggest cricketers from all across the globe. It has turned out to be the most watched T20 league in the world and has been a huge money spinner for the BCCI.
← Previous Post
Next Post →