PM Garib Kalyan Ann Yojana: In view of the second wave of coronavirus, the central government once again announced the Pradhan Mantri Garib Kalyan Anna Yojana for poor families in April 2021. Under this scheme, the central government provided 5 kg additional food grains (rice/wheat) per person free of cost to the ration card holders in the months of May and June. Now the government has extended this scheme till Diwali. That is, ration card holders can now get 5 kg of free food grains in addition to the quota available on the ration card till Diwali. Union Ministry of Consumer Affairs, Food and Public Distribution on March 12, 2021 launched “Mera Ration” Mobile App for those ration card holders who migrate to new places in search of livelihood.
Mera Ration app has been introduced for the benefit of ration cardholders around the country. Now, the users will be able to find the nearest fair price shop with just a tap. The users will also be able to check details of their entitlement and the recent transactions made. Currently, the app interface is available in Hindi and English languages but soon the government plans to add 14 other Indian languages. 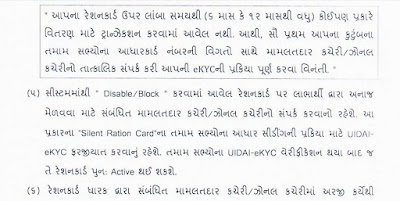 The importance of a ration card is known to all of the residents of India. Today under this article, we will share with you the detailed procedure of Various ration card services now will be starting in Gram panchayat this service start at gram panchayat